A mandatory onsite system upgrade came with a homeowner’s plans to add four bedrooms to his three-bedroom home in Granite Bay, California, and to expand the footprint from 3,640 to 8,500 square feet. The original 1979 trench-and-stone system also was in failure.

The homeowner hired his neighbor and general contractor, Gene Graves, for the remodel. Graves owns Excellent Construction and sister company, Sustainable Solutions, in Granite Bay. “I was in a quandary with this property,” he says. “Meeting setbacks for a creek, a large pond, a meandering swale, public utilities, and multipurpose easements ruled out a conventional onsite system.” The state also requires a reserve area.

Shell MacPherson, vice president of Sustainable Solutions, stated that septic plans for aerobic pretreatment with low-pressure drip and building plans had been submitted to the county. “It was a stopgap measure that enabled me to begin construction while researching alternative treatments that were more affordable and less maintenance-intensive,” Graves says.

Soils are sandy loam with a percolation rate of 14 minutes per inch. The 2.3-acre lot has a 9 percent slope.

MacPherson designed the system to handle 1,050 gpd. Major components are:

781 square feet of ASTM C33 washed concrete sand with no more than 2 percent fines passing a No. 200 sieve

Wastewater flows by gravity 46 feet through a 4-inch ABS house lateral to the septic tank, then to the dose tank. (Graves will adjust the pump cycles and volume once the homeowners take occupancy.) Doses travel 55.5 feet through a 1.25-inch PVC pipe that rises 15 feet and ends in a 90-degree velocity reduction tee in the distribution box. Flow equalizers in the box distribute effluent equally to two serial 180-foot-long sections in an elevated bed. The first section has six 30-foot laterals, and the second has two rows of 30-foot laterals and three rows of 40-foot laterals. Spacing is 1.5 feet on center.

The inner first layer of white Bio-Accelerator develops the biomat, screens more solids, and evenly distributes effluent along the length of the laterals. The second layer, a mat of coarse green plastic fibers, traps more solids and creates a massive suspended growth area for aerobic bacteria. The third and outer layer of black geotextile fabric protects the inner layers and provides more surface area for nutrient uptake. As the sand bed wicks liquid from the fabric, it transfers air to the microorganisms. Third-party testing showed the system treats effluent to less than 2 mg/L TSS and CBOD and to 218 CFU/100 mL fecal coliform.

In preparation for the event, Jim Malm of Malm Plumbing used a Kubota L35 backhoe to excavate the 15- by 20- by 10-foot-deep hole for the two tanks. The driver from Georgetown Precast set them on a 6-inch bed of decomposed granite. “This native material resembles coarse sand and is beautiful to work with,” Graves says.

His crew then plumbed the tanks, decommissioned the original septic tank, and prepared to install 80 percent of the drainfield between clusters of mature oaks and the home, side property access drive, and swale.

Drivers stockpiled 24 tons of concrete sand on an area Graves had graded below the drainfield. “It’s important to keep the sand clean,” he says. “I didn’t want it too near the dusty drive.”

The location for the 40-by-18-foot-wide drainfield had a 7.5 percent slope. Malm scarified the area, then workers staked it out with 2-by-6-inch form boards. After the crew brought in 6 inches of concrete sand, they dragged a screed board over the material to scrape and smooth the top layer, leaving a level profile.

“We set it up so people could see the concrete sand below and above the pipes, and we exposed some end caps,” Graves says. “This event was more about giving people a chance to see the system in cross section and understanding how it works rather than installing pipes.”

To that end, Graves also exposed connections to the septic tank, pump tank, and bypass vent line. “The system depends on passive air transport to support aerobic bacteria,” Graves says. “Convection draws air from the 4-inch screened low-vent PVC pipe in the drainfield, through the system, and out the roof vent on the house. However, the pump acts like a gate valve and interrupts the flow.”

To restore the flow, the system requires a 4-inch ABS bypass vent from the dose tank to the distribution box. The bypass also mitigates hydrogen sulfide corrosion by allowing heavy gases to escape.

For the hands-on portion, Vander-Heyden encouraged participants to snap fittings and couplers together and lay geotextile fabric. Assembling the 10-foot-long pipes went quickly. Corrugations on them matched those on 8-inch-wide couplings that locked around the pipes like zip ties.

Graves made some plywood fixtures with a 4-inch spine to space the pipes on center and hold them in position during backfilling. “The spine enables us to screed off an even layer of concrete sand over the pipes before adding 6 to 9 inches of topsoil,” he says.

One neighbor hired Graves to replace his failing trench-and-pipe drainfield with the Advanced Enviro-Septic system.

No maintenance contract is required. Sustainable Solutions will respond to alarms and recommend when to pump the septic tank. 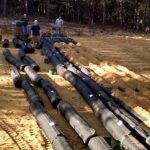 What Exactly is an "Eco-Friendly" Septic System?

Why Only Professionals Should Install a Septic System 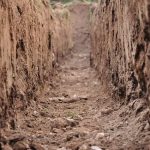 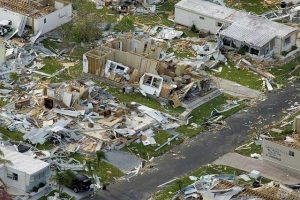 Your Septic System After a Natural Disaster 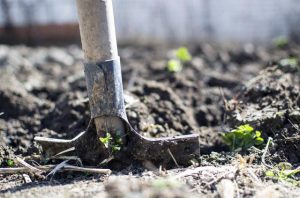 When Should You Replace Your Septic System?

Why Proper Ventilation is Important for Septic Systems